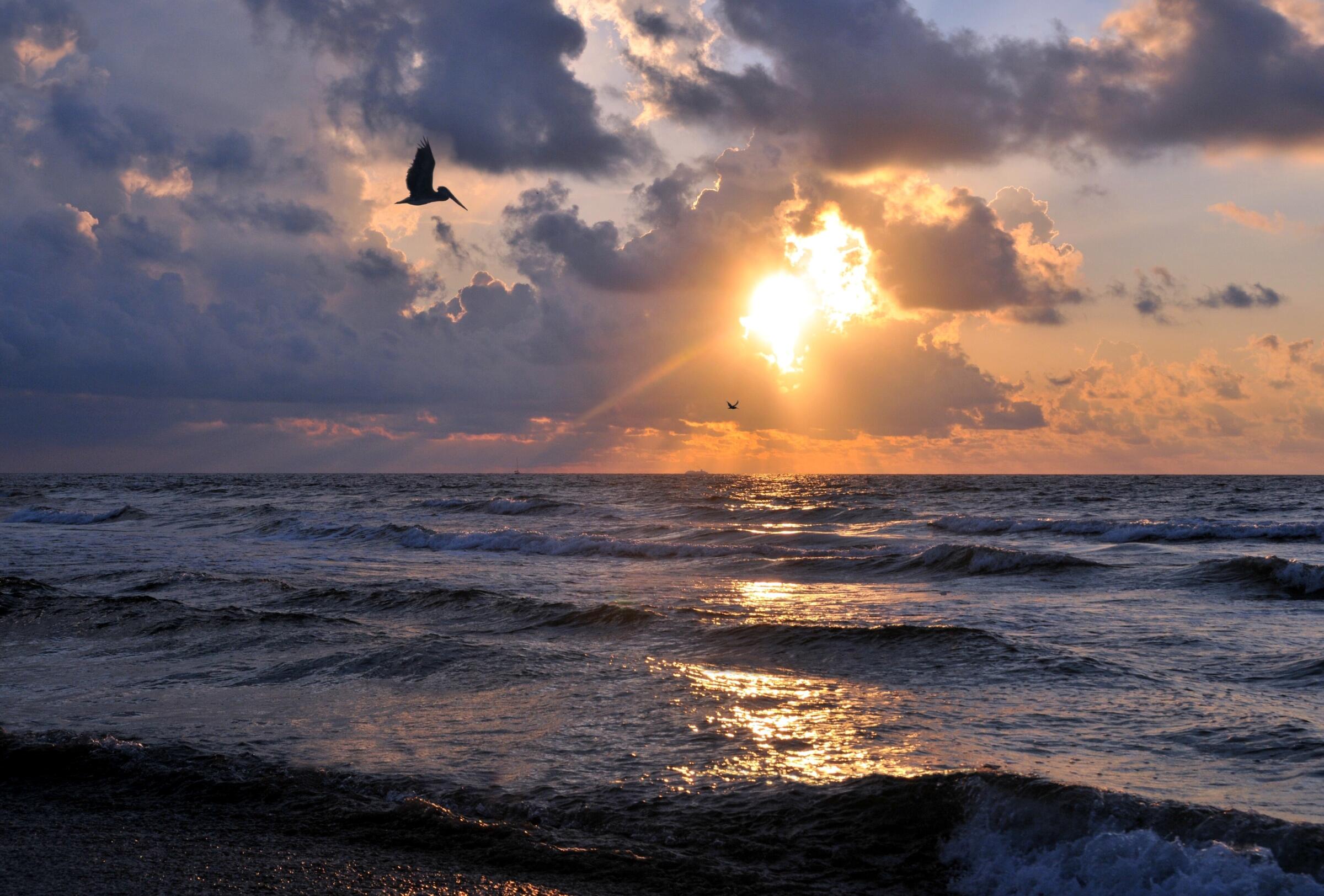 Hurricane Harvey made landfall in Texas in Port Aransas late the night of August 25th, 2017, a Friday. Over the next five days, rainfall totals in some areas exceeded 51” inches, with some localized storm totals exceeding the amount of rain usually received over the course of an entire year. Texans up and down the coast and inland would be faced with economic loss and human tragedy for months and even years after, with federal disaster relief dollars still not deployed for many impacted communities. Every Texan I know has a Harvey story, many of them heartrending. The heartbreak from my story was from what I saw, not what I (or my family) endured.

I’ve lived in Austin, Texas, since 2008, but I grew up in Houston inside the 610 loop. By Monday, August  28, 2017, I’d seen enough. I’d chosen to ride out Harvey in West Point, Texas, not realizing how bad things would get, and wanting to keep a close watch on the Colorado River. Friends and I watched with growing horror as Houston watersheds filled up like bathtubs. By Monday afternoon, we’d gathered boats on trailers, along with supplies to drop at shelters. On the way down to the coast, I stopped at the animal shelter in La Grange, Texas, to drop off dog and cat food (in La Grange, the Colorado River crested at 54’, more water than they’d had in 100 years). We worked our way down TX-71 and then I-10 in disbelief. Water lapped over the highway and cut off country for miles in all directions from La Grange to Columbus, more than 100 miles inland. As we drew closer to Houston, we headed to Rosenberg, instructed by friends who had indicated a need there. (FEMA expressly discourages this sort of behavior in an emergency; it can make matters worse for first responders, who may then have to respond to untrained volunteers under duress). Unable to see how we could be helpful, we pressed closer towards the center of Houston, monitoring HAM radios and stopping occasionally at places where we presumed there would be problems. I finally decided to head straight to my parents’ home and spent the evening at my brother’s house, stripping soaked drywall, running fans, and trying to salvage flooring that had been underwater for days.

Early the next morning, I headed to West Houston after seeing reports of residents stuck in their homes (again, not what FEMA advises). Guided by a local man whose aunt was trapped in her home, I launched my kayak and canoe into the swollen Buffalo Bayou and paddled toward a condominium complex, towing the canoe behind me. I spent the next eight or so hours taking any residents who wished to leave from their flooded houses (they’d had no power or water for days) to a spot of high ground several blocks away, sometimes through quick water, to a staging area, where they were met by high clearance vehicles operated by National Guard and assorted volunteer emergency response units from as far away as New York. Those teams then ferried evacuees to temporary housing, hotels, or to relatives with cars who could drive them out. Perhaps the most useful thing I did that day was ferry an elderly cancer patient from the second story of her unit to my own vehicle (I was directed to do so by first responders, who could not take her individually). She had been without treatment for several days by then. I took her to her hospital, and dropped her off at the front entrance. I’ve always wondered what happened to her. As the day ended, I drove to Memorial Drive United Methodist Church, where I’d seen a food bank set up, to drop off the other goods I’d brought—fresh water and toiletries.

I consider myself fortunate to have been in a position to deliver supplies, aid those affected, and contribute to relief efforts. What I witnessed has stayed with me, compounded by the knowledge that there are communities and families still struggling to recover five years later.

Since 2017, and with the occurrence of other extreme weather events in the intervening years, including winter storm Uri in 2021, community resilience has become the focus of many local initiatives across the state, with a number of local governments developing climate action and resilience plans. Our state is evolving rapidly because of human development and a changing climate.  At Audubon Texas, we are focused on mitigation of, and adaptation to, this accelerated pace of change by advancing partnerships that create opportunities for nature-based infrastructure (natural habitats and ecosystems that provide co-benefits to people and wildlife), while promoting the operation of a more resilient, distributed, and decarbonized electricity grid.  As conservationists, we believe a great deal of positive work can be done by taking better care of existing resources, and yes, conserving—our natural world and the resources we need to maintain its integrity, like water and energy.

June 1 marks the beginning of the hurricane season in Texas, and forecasters are calling for an active season. Our Texas season kicks into high gear in late July and typically winds down by late September (officially ending November 30). Texans still have time to get household plans in order. Beyond this season, however, which is off to an unusually hot start, I am thinking the longer term: how our climate-changing world is making these hurricanes stronger, how extreme heat and drought will redefine our landscape, and how Texas will or won’t respond with policies and practices to help communities and ecosystems adapt. The Texas coast will see some of the most significant relative sea-level rise in the United States in the coming decades because of subsidence (sinking of land elevations due to groundwater withdrawal and hydrocarbon extraction), in addition to the predicted sea level rise measurements. The extent of the area that will be at risk is also significant compared to other regions.

The science tells (and as we say at Audubon, the birds tell us) that we have a narrowing window of time to act to make our communities and ecosystems more resilient and better able to withstand, recover from, and adapt to the changing environment around us.  We think about that nonstop: how we can do more as a state to better prepare for more extreme weather, like hurricanes, or massive temperature swings, like the one we had in February 2021, or the extreme temperatures we are seeing this summer, where every day we are setting a new record for electricity demand as we all crank up the A/C to try to stay cool in record temperatures. There’s no silver bullet, but we have common-sense opportunities that can alleviate some of these stresses while providing a broad swath of benefits for human communities, our natural systems, and the critters (and people) who depend on them.

Texas is a diverse place, and we Texans pride ourselves on many things!  One thing we can all agree on is the value of saving.  I’m trying with mixed success to teach my young kids the merits of “a penny saved is a penny earned”; a Texas conserved is a Texas protected for future Texans.  Conservation is the cheapest form of stuff we have, whether its water for our growing cities, electrons to power our homes, or the preservation of the farms, ranches, and wide-open spaces that we city dwellers rely on for food, fiber, clean water, and spiritual restoration (looking at you, Big Bend).

At Audubon, we think these interconnected challenges are this generation’s most pressing need.  We invite you to engage with us as we work to create to partnerships to advance strategies that benefit birds, people, and the habitats that we all need. 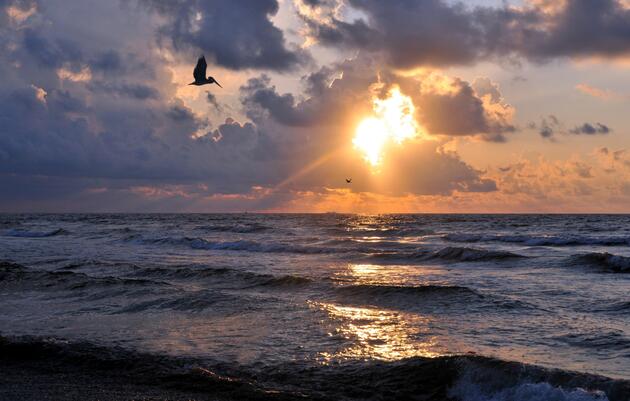 Help secure the future for birds at risk from climate change, habitat loss and other threats. Your support will power our science, education, advocacy and on-the-ground conservation efforts.